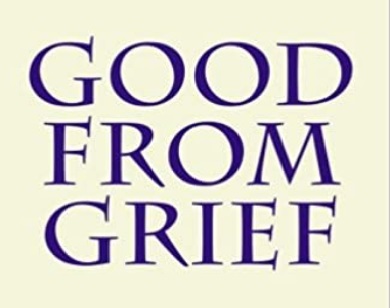 “Good from Grief” is a Grief Support Resilience Project from My Grief Angels – MyGriefAngels.org

My Grief Angels is “For and By” People Grieving Worldwide

My Grief Angels, a Texas based 501 (c) (3) public charity, is an Online Grief Support Community of People worldwide coping with loss and helping each other by leveraging new technologies to find and share the latest resources, education, information and personal grief journeys/ experiences, including:  How grief can impact our health; How have others coped with their grief and grief attacks; How have others put their grief in motion; How have others turned their grief into something positive; What are the resources available for our type of loss and more…

Book:  “Good from Grief: How to turn Unimaginable Grief into Something Positive in 288 Uplifting Twitter-sized Life Stories”

Demographic, social and health trends indicate that the total number of people grieving, and specially children, will climb to some of the highest levels ever, but in a new survey by online grief support non-profit, www.MyGriefAngels.org, the overwhelming majority of respondents said: “They were not prepared for dealing with the loss of a loved one, they want schools to do a better job of preparing us for this natural part of life, and they associate grieving with pain and depression”.

The book is by two Harvard classmates that felt uneducated, unprepared and lost in dealing with the death of their loved ones. Through a Twitter project, “Turning Grief into Something Positive”, they selected and shared daily stories of individuals who in the midst of unthinkable pain found the inner strength to turn their grief into something positive. The unexpected healing effect of this project on their own grief journeys, led them to make a case for the positive side of grief with this book. The side that is empowering individuals worldwide in the midst of unbearable pain to turn their grief into something positive for all of us.

The authors, Chao and Failde, share 288 of these life stories in twitter-sized paragraphs that give us a view of the powerful positive impact grief, through individuals like those featured in the book, is making in our communities worldwide. From unshakeable personal commitments to new laws, organizations, research, and awareness campaigns so others they have never met will not have to face the tragedies their families faced – to achieving new heights in the arts, sports, and literature to help others heal and to serve as an examples of triumphs over grief. Chao and Failde point out that, “We all grieve differently and the stories shared here are not meant as a roadmap through grief, but as a glimpse at some of the possibilities through the roads taken by others.”

The book includes the inspiring, uplifting and educational examples of folks like,

“A grieving daughter from a family of doctors, whose mother had gone in for knee replacement surgery but died due to complications, turner her grief to a mission and foundation to help prevent the 200,000 yearly deaths from preventable medical error.”

“Bruce and Denise Morcombes, who were recently rewarded for their unrelenting dedication to child safety with the Medal of the Order of Australia (OAM), Australia’s highest recognition”.  Since the death of their son after being abducted in 2003, they have dedicated themselves to helping other children avoid the fate of their son.”

“A mom, whose 14 year old son was repeatedly bullied at school for being Gay and Asian, is on mission to get new anti-bullying laws in place in schools.”

“Named by Interview magazine as one of the “Most Noble Crusaders of the Modern Era,” Vance’s life was turned upside-down when she lost her only son, Sam, a 19 year old college freshman, to the scourge of heroin. Determined to make a significant impact, Vance took her “fashion with a cause” message to the fashion and entertainment industries with the Sam Vance Foundation and Sama Eyewear.”

In an effort to address the need for greater grief education, all authors’ proceeds from the distribution of the book will go to fund the development of free “Grief Education” Massive Open Online Courses (MOOCs) and the efforts of those who would want to turn their grief into something positive.

My Grief Angels, through the dedicated efforts of many of its virtual volunteers, recently launched a free mobile app for the organization’s free peer-led virtual grief support groups by type of loss experienced, and the free app can be found in all the major app stores. A 58 second introductory video on the app is below.